On the occasion of the European Parents’ Association’s annual conference and general assembly (24/25 November 2017 in Tallinn) there was a focus group discussion feeding into Open School Doors to provide the perspective of organised parents on teacher training needs for better inclusion of parents from disadvantaged backgrounds, especially migrant parents. Participants of the focus group, parent leaders from Austria, Hungary, Italy, Portugal, Norway, Serbia, Slovenia and Sweden, are all active in projects aiming at the inclusion of migrant parents in school and community as well as working with other disadvantaged groups. The goal was to include the experiences from countries that do not participate in the project to support the development of intellectual outputs that are applicable as widely as possible.

The focus group analysed  the current status of parental involvement/engagement that greatly differ from country to country, but still tried to find the common elements, listed barriers and challenges for migrant parents in that can have an effect on their engagement in their children’s school, discussed their view on teachers’ role in making parents more engaged with their children’s school and the desirable relationship between organised parents and teachers in general as it should form the basis of the involvement of those not currently engaged to avoid alienating those already active. There was a strong emphasis on utilising the relationship between school (teachers and parent leaders) and parents in general for supporting the lifelong learning of parents – both for better parenting and their own personal development. There is an agreement that parental engagement should be considered and promoted as an active educator’s role and active citizenship. 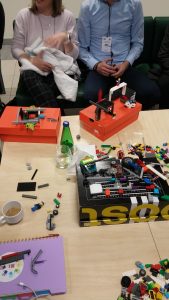